Port o’ Leith Motor Boat Club was, as the name suggests, originally based in the Port of Leith. The club was set up in the 1930s by the workers in the many shipyards that existed at that time. In the 1960s a gate was built at the dock entrance to control the water flow and make Leith a deep water port at all times. The boat club was granted the use of Newhaven harbour and has been there ever since.

For many years we had a large club house on Pier Place. Unfortunately due to high maintaince costs the club was forced to sell the building. The proceeds from the sale were used to fund the purchase of pontoons. This has given the harbour a more attractive appearance and allows members easy access to their boats. The number of berths has increased to 50 and they are very much in demand.

The club has a full calendar of events published at the start of the sailing season consisting of BBQs on islands, treasure hunts, fishing competitions and gala days. The club supports the Newhaven Gala day run by Victoria Primary School with a flotilla of decorated boats delivering the new Fisher King and Queen to the Harbour. 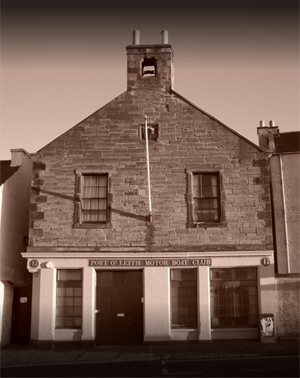 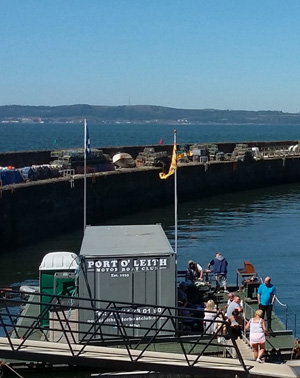 We use cookies to give you the most relevant experience by remembering your preferences and repeat visits. By clicking “Accept All”, you consent to the use of ALL the cookies. However, you may visit cookie "Settings" to provide a controlled consent.
SettingsAccept All
Manage consent

This website uses cookies to improve your experience while you navigate through the website. Out of these, the cookies that are categorized as necessary are stored on your browser as they are essential for the working of basic functionalities of the website. We also use third-party cookies that help us analyze and understand how you use this website. These cookies will be stored in your browser only with your consent. You also have the option to opt-out of these cookies. But opting out of some of these cookies may affect your browsing experience.
Necessary Always Enabled
Necessary cookies are absolutely essential for the website to function properly. These cookies ensure basic functionalities and security features of the website, anonymously.
Functional
Functional cookies help to perform certain functionalities like sharing the content of the website on social media platforms, collect feedbacks, and other third-party features.
Performance
Performance cookies are used to understand and analyze the key performance indexes of the website which helps in delivering a better user experience for the visitors.
Analytics
Analytical cookies are used to understand how visitors interact with the website. These cookies help provide information on metrics the number of visitors, bounce rate, traffic source, etc.
Advertisement
Advertisement cookies are used to provide visitors with relevant ads and marketing campaigns. These cookies track visitors across websites and collect information to provide customized ads.
Others
Other uncategorized cookies are those that are being analyzed and have not been classified into a category as yet.
SAVE & ACCEPT
PoLMBC Visitors Terms and Conditions